John Amaechi shared some insights into why he came out publicly after his career in the NBA:

“I came out post-retirement, but I really had no intention of coming out to random strangers. It was only when I went to Manchester Pride, around 2005 when Ian McKellen was the Grand Marshall. He was standing in the back of a pink Cadillac, wearing tight leather pants, and I watched the way that people responded to him. I watched the way that he waved at people and they kind of lifted, you could see a bit of light in their face.

I was stood next to a young man in the cathedral garden, he was 14 or 15 years old and almost crouched behind a gravestone—clearly didn’t want to be seen at the parade. I watched as Ian McKellen gave a regal wave in our general direction, and this kid literally stood up from behind the gravestone. I thought, what a remarkable power—to be able to do that for even five seconds.

The moment he’d done that he suddenly became self-conscious and scuttled off. Maybe for this young man, those were his ten seconds of resilience. While I’m not Gandalf status, that’s what made me think that perhaps, as a person who looks different than most gay people look, in a job that most people do not associate with gay people, this could be way to have an impact.” 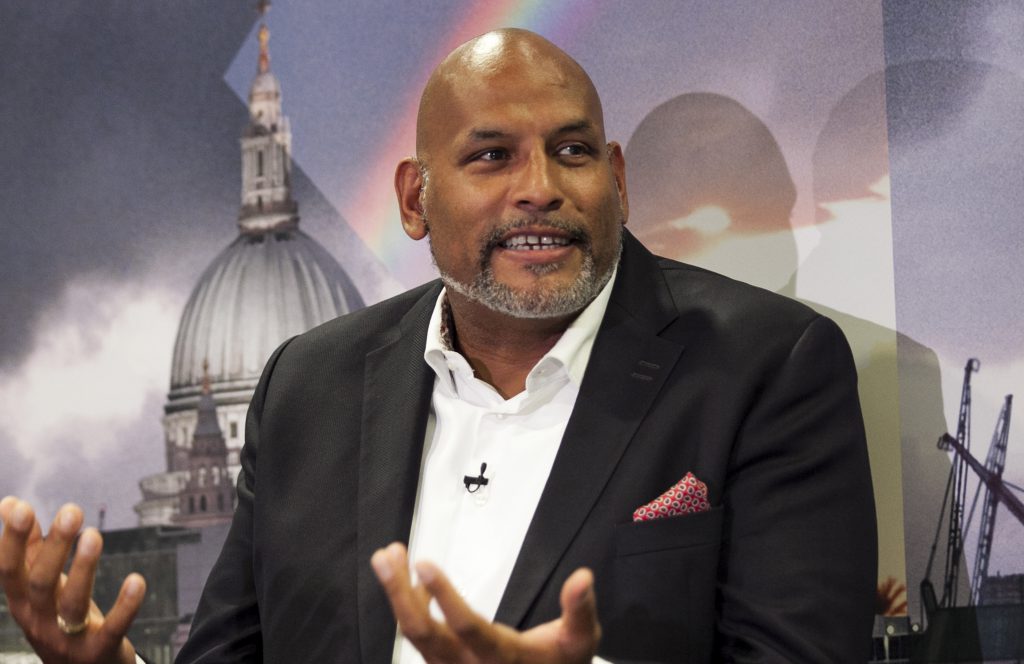 John Amaechi also discussed the idea of acceptance as a goal for the LGBT+ community:

“America led the way in accepting gay people, but what’s the problem with acceptance? A dynamic in power is required. You don’t accept somebody you’re equal with. You have to be in a position of power to accept something, because to accept something is to choose to do something when you could choose not to. A goal of acceptance automatically gives higher status and power to the people doing the accepting than the gay people who are being accepted. I can tell you right now I have no interest in someone’s acceptance or their tolerance. You can embrace me, you can ignore me, but I wouldn’t give you the benefit of the power dynamic assumption of believing you have the right to accept me.”

He also discussed the the importance of recognizing the problems underlying intolerance:

“We think that homophobia is kind of a Harry Potter monster over here, and racism is another kind of weird mythological creature over there, and xenophobia and sexism and misogyny are all different monsters. But in reality you cannot deal with one monster knowing that all the other ones are safely in their caves. We’re dealing with a hydra—one body, many heads. That monster is made up of the ignorance and fear. If we don’t try to plunge a dagger through the heart of that hydra, through education not just in the workplace, but before, then we will spend our time endlessly slashing away at one of the heads, only to turn our back while we’re being attacked by another one, to turn back and realize that one head has turned into two.”