Out Leadership, the global LGBT+ business network, announced today that Rufus Gifford, former United States Ambassador to Denmark, will join the team as a Senior Advisor.

As an aide to President Barack Obama, Rufus became known as the President’s “ambassador to the gay community,” From 2013 to 2017 he served as the U.S. Ambassador to Denmark, where he led efforts to address the effects of climate change, build international coalitions, and invest in clean energy. Rufus also helped modernize the transatlantic relationship through people-to-people diplomacy, youth engagement, and a never-before-seen public diplomacy strategy, which included the award-winning documentary series “I Am the Ambassador.”  He was awarded the Grand Cross of the Order of the Dannebrog by Her Majesty Queen Margrethe II of Denmark for his meritorious service. 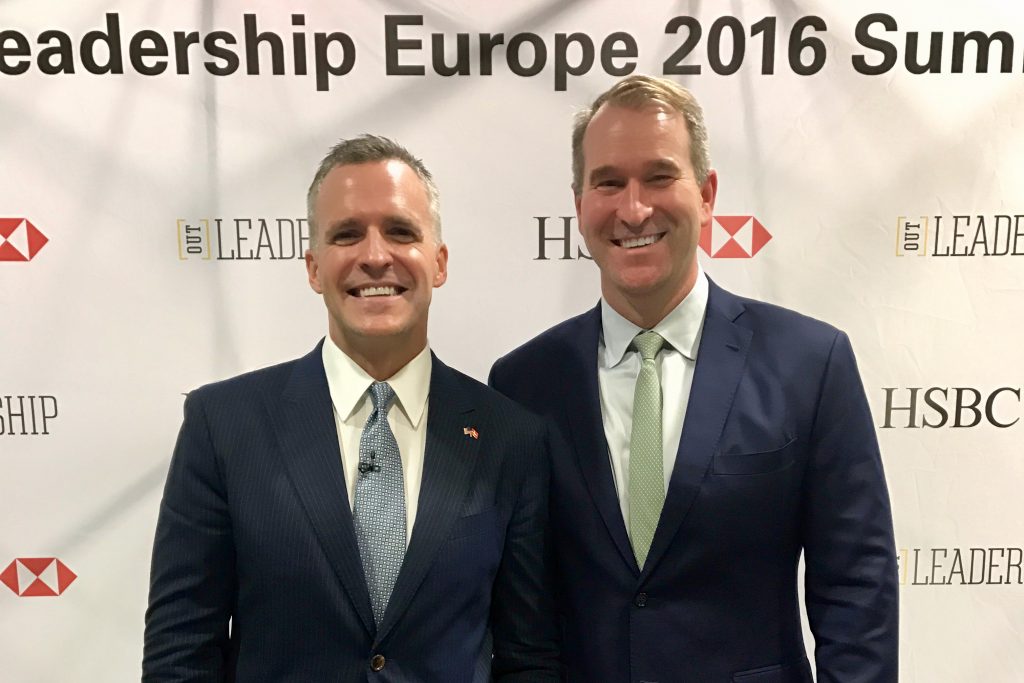 “I’ve had the pleasure of working with Out Leadership on a few occasions over the years, both as ambassador and as a private citizen, and I’ve always been inspired by the impact its small but mighty staff makes,” said Gifford. “This organization is uniquely situated to harness the energy of the private sector to promote equality on a global basis, and I look forward to doing what I can to advance that mission.”

“I’m thrilled to welcome Rufus, who’s both a close friend and an impressive leader, to the team,” said Todd Sears, Founder and Principal, Out Leadership. “His international expertise and global network will be invaluable as Out Leadership embarks on its most ambitious year yet.”